Opposition leader Herzog eulogizes ‘one of the greatest leaders of the Jewish people in recent generations,’ who died last year at 93

Source: At Peres memorial, Netanyahu says peace won’t come ‘from above’ | The Times of Israel

I just blogged about Peres having a stroke at September 13, 2016.  It was on September 13, 1993 that he signed, as President of Israel, the first Oslo Accord agreement that agreed to divide the land of Israel.  It opened the doors to giving back land our Creator gave Israel in their wars.

If he really stated that peace “would not come from above”, then no wonder he was marked by G-d to be removed on the day he signed over Israel to the enemy.  There is still no peace all these years because he said it would be by men talking and not G-d involved in those talks.  G-d remembers every word from our mouth and now it was confirmed again today at his memorial.

It is HE ‘from above’ that brings peace and wins Israel’s battles. 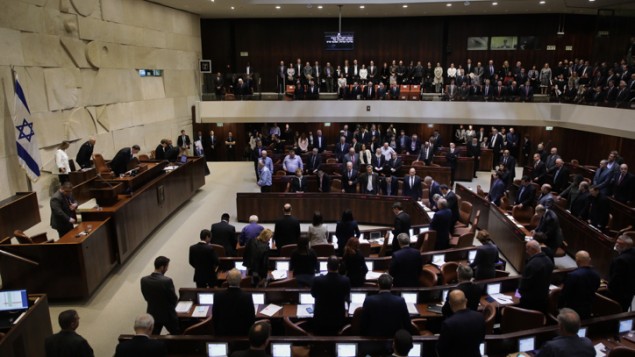