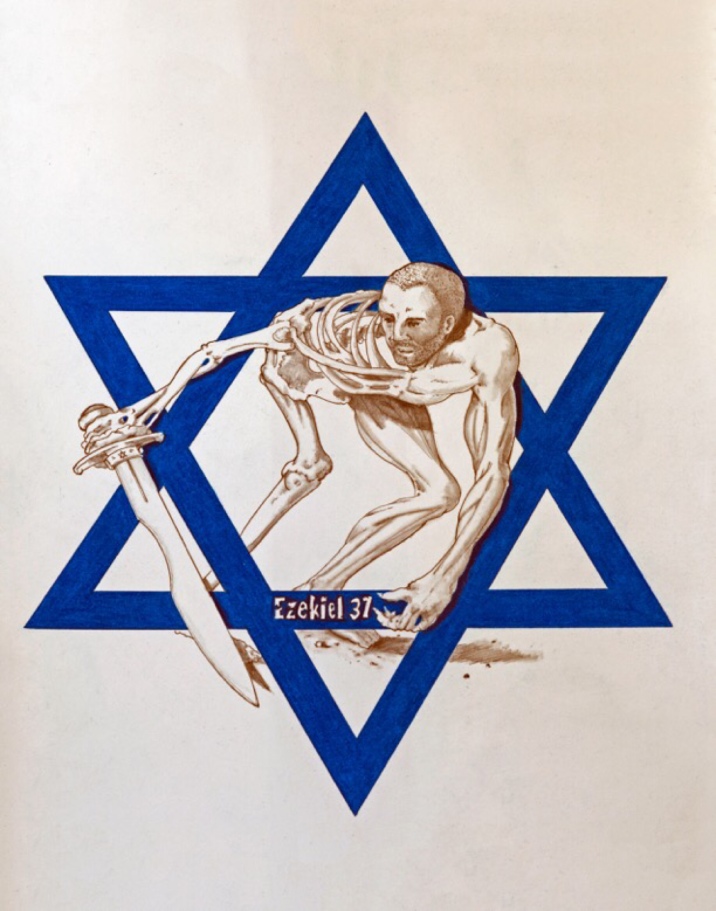 A few months ago we sent our daughter Maayan on the ‘March of the Living in Poland.’ We sent a letter with her which she was to read only while she was there. After reading our letter she sat down and wrote back these moving words while visiting the death camps of Auschwitz and Treblinka. I have permission to share these words.
Please read and share!  Amir Tsarfati of Northern Israel

I read your letter and it deeply touched me. I wanted to share with you what I have come to understand on “March of the Living”, though it has not ended yet.

When I was in the ghetto and extermination camps, I discovered even more shocking and humiliating treatment of Jews in conditions I could not begin to imagine. I heard of the zero value of Jews from the Nazis, who weren’t even considered human, and of the heroic acts of Jews, some small, but still held massive value against anything you could imagine. I have learned not only to appreciate the warriors and rebels, but also the mother who starved for weeks for her child so that he would not die. About the grandfather who had a choice and chose to go with his grandsons to the concentration camps just so that they would not be alone. About the man who chose to wash his face every morning to keep his humanity, despite not being regarded as human in the camps.

I learned of the many examples of how human nature rapidly deteriorates in extreme situations to cannibalism, but this did not happen in the ghettos, despite the conditions, because they chose life. The most significant thing that I heard about here was the importance of choice, and that in every situation there is a choice. The choice to surrender, the choice to maintain humanity and dignity. The choice to go with the flow, or the choice to stand for your values.

I learned of human nature, and if man receives authority, whether the Fuhrer, a Nazi officer, or someone from the Jewish police who was a Jew himself, can deteriorate so quickly, if not in seconds, to evil. I have learned that this is what happens when man takes the authority of God. It was made very clear to me that that God did not want this to happen of course, but that this is one example of numerous examples in human history that man denies God’s authority and tries to be God himself.

At the end of the letter you sent me, Dad wrote to read Ezekiel 37 and I knew immediately what the chapter was about and why he wanted me to read it. At first I was certain I knew the passage by heart because of my maturity and knew everything about Ezekiel’s dry bone vision, but regardless, I went up to my hotel room, opened my Bible and read the entire passage. Regardless of the amounts of times I memorized or was taught the passage in class, I never understood the profound meaning as when I read it alone. I am so proud to say I am a witness to His fulfillment. “Therefore prophecy and say unto them, Thus saith the Lord God: Behold, I will open your burial and bring you up from your graves with me, and bring you to the land of Israel.”

Not only am I a witness to His fulfillment, I am part of the proof that has come true, because I stand here, a young girl who was born and raised in Israel, living and forever to continue to live in Israel, a descendant of Holocaust survivors, whose family was cruelly exterminated and now I stand on their graves, Polish soil, with the flag of Israel, the Jewish homeland, singing across from their ashes “HaTikva”.

“Then he said unto me, Son of man, these bones are the whole house of Israel: behold, they say, Our bones are dried up, and our hope is lost; we are clean cut off,” and I stand and sing in Hebrew the works “We have not yet lost our hope!” [The hope] is not lost, and here it is, and I am proof of it- myself and all the other youth on this delegation, and future delegations, and all youth and the nation of Israel are all proof of the fulfillment of His prophecy and that this hope is not lost as long as God is with us.

The most significant thing I have learned during this journey is the immense humiliation, so horrifying that even movies cannot describe, which the Jews suffered during the Holocaust only 80 years have passed and Israeli youth live their lives, without fear, willing to defend their homeland, are returning to the scene of a crime, the graves of their ancestors, proudly carrying our nation’s flag to commemorate them, live for them and to never forget them. God is indeed a faithful protector of the Chosen People, for only God can create, out of such atrocity, the sweet, wonderful fruit, which is the State of Israel, a state that fulfills His promises.

Mom and Dad, I wanted to share with you the things I have learned on choice and fulfillment of prophecy and to tell you that this journey has caused me, and everything here, to be proud of our nation and country and to truly comprehend that we do not have any other country.